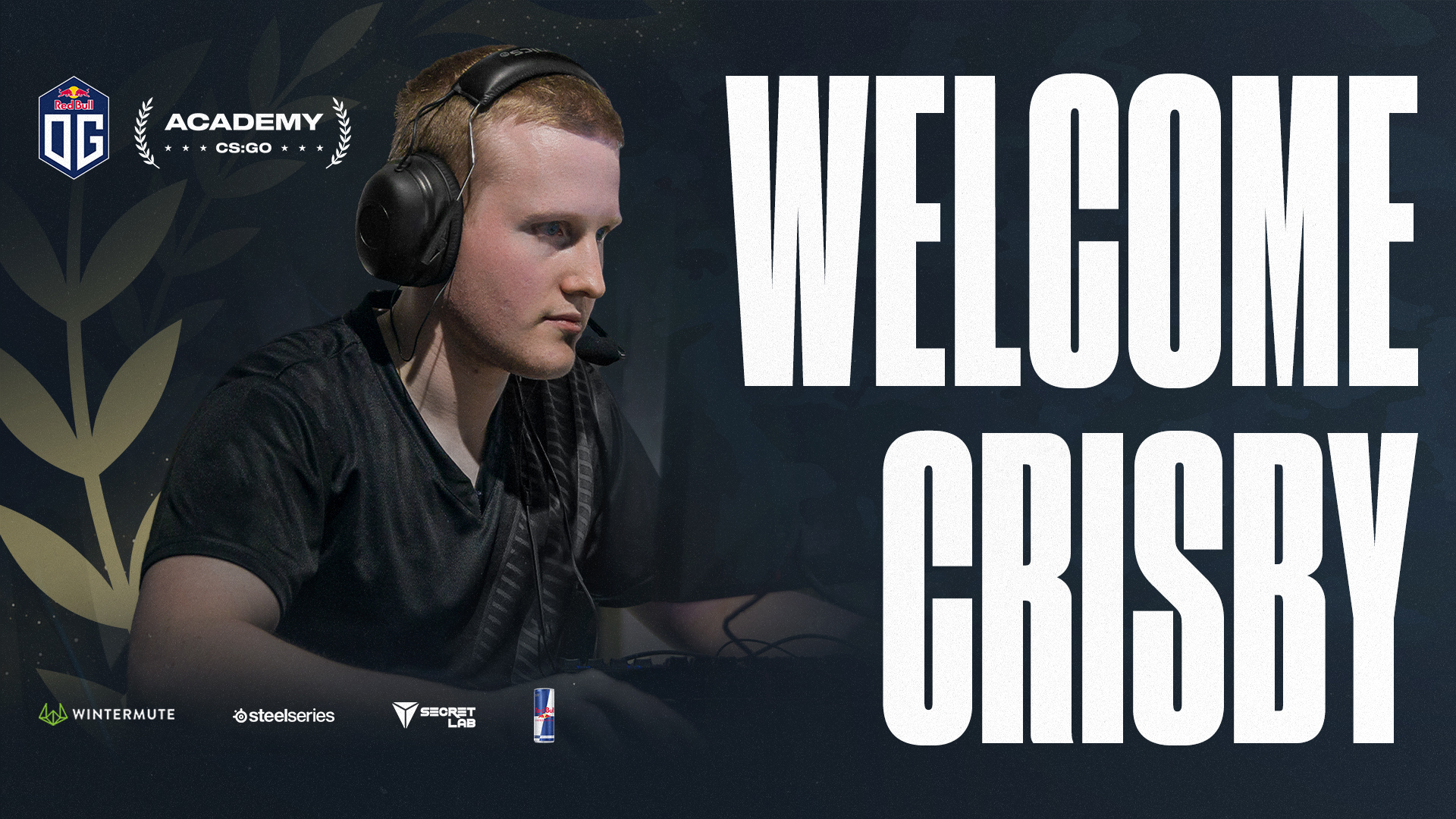 Two months ago we told you about our latest project: opening an academy team for our CS:GO section. The call for applications was more than successful and we are honored by the enthusiasm around this project in perfect adequacy with our values. But before anything else, we needed a maestro. A conductor with the necessary experience to help young talents progress in a highly competitive environment.

For this key role, we are pleased to announce the signing of Christian “crisby” Schmitt.

The more attentive among you will recognize one of the most experienced players from the German scene. At the age of 31, Christian has gone through all iterations of Counter-Strike, played for some of the most prestigious teams in the country, and took part in some of the biggest events on the circuit, even winning the ESWC 2016, arguably the most successful line on his list of achievements as a player.

As a true Counter-Strike enthusiast, it was obvious that the role of coach would fit him like a glove when he hung up his mouse. It was on the other side of the Atlantic, in the United States, that Christian took his first steps in coaching a CS:GO team earlier this year. In two months he managed to lead his protégés to the trophy at the Fragadelphia 16, the biggest open lan in North America.

At OG, Christian will have the tough task of finding the five talents who will have the chance to wear the OG jersey before coaching them throughout their journey. His work begins today, as more than 50 candidates from an overall pool of 400 have already been pre-selected to participate in the various trial sessions over the next few weeks.

For that, he will work in close collaboration with the existing staff composed of Vladyslava, Casper and Alexander with whom he has already collaborated in the past. We firmly believe he was the best fit as we are looking to continue developing our synergy between aspiring professionals and experienced veterans.

“First of all, I’m really happy and grateful for getting the opportunity to work for such a world class organization on their academy project to develop players for the future. I also want to thank Strife for giving me the opportunity as a coach. While it was my first experience in that role, I gained the knowledge I believe will help as set the foundation in my new well as the new home that is OG.”

“Two months ago we announced the academy project, and a key focus ever since was finding the right person to lead the endeavor. I believe that Christian’s decade of experience as both a player and coach will bring a strong development mindset and structure to the team. I’m grateful to have Christian join our staff, and look forward to seeing us grow the next generation of talent in the ecosystem.”

Stay tuned as more announcements around our OG CS:GO Academy will becoming in the next few weeks.