After many years of hard work and dedication, incredible wins, and unforgettable memories, our beloved Sébastien “Ceb” Debs has decided to step down and end his career as a Dota 2 player.

“The win-or-die mindset, which has driven the entirety of my career… I don’t have it in me anymore. I never commit to a team or to people unless I know I’m ready to give every drop of energy and every second of my time into it.”
Sébastien “Ceb” Debs

When he started playing Dota, it was all about the love for the game. Learning. Improving. Winning. They would travel to events, sleep on the floor of the convention center or anywhere they could, just so they could compete against the strongest teams in the world. But after many years, after winning TI twice, keeping the flame burning strong and having a healthy life became a more challenging equilibrium to balance.

“As long as I could taste it, it kept me going. When I realized that this thing was not as strong with this roster, maybe it showed me how it probably was time to look at the sacrifices and decide whether or not they are worth it.”, Ceb says.

Every professional Dota player makes huge sacrifices in the pursuit of their dream and for each other. The permanent grind is exhausting. Dota has asked everything from Ceb. His time, all his energy, and unfortunately during the last year he also had to deal with health problems with two eye surgeries in less than a year, the last one occurring nine days only before TI10, and he got to a point where it was just not possible to continue down the same path.

“Now even my body is getting hurt by it. And I have to listen to my own body. As much as I’ve given to this game, I can’t do it anymore.”

But today is not a sad day. Today we get to celebrate the incredible career that Ceb has had. The huge impact he has had in the community and in all of us. And even though Ceb closes this episode in his life, Seb’s journey is just starting and with OG, many adventures are still to come.

We are infinitely grateful for what the nerdy kid from Lebanon with a dream has grown into and what he was able to show the world. We are very lucky to have you as founder, owner and the heartbeat of OG Esports.

“Seb, you are an inspiration to me and to all of us every day. You are the most committed and passionate person I have met, and I am very thankful to have been able to share this time with you as a player, and look forward to all we are going to do with OG in the future.
Thank you. From all of us. Thank you for being you.” JMR Luna 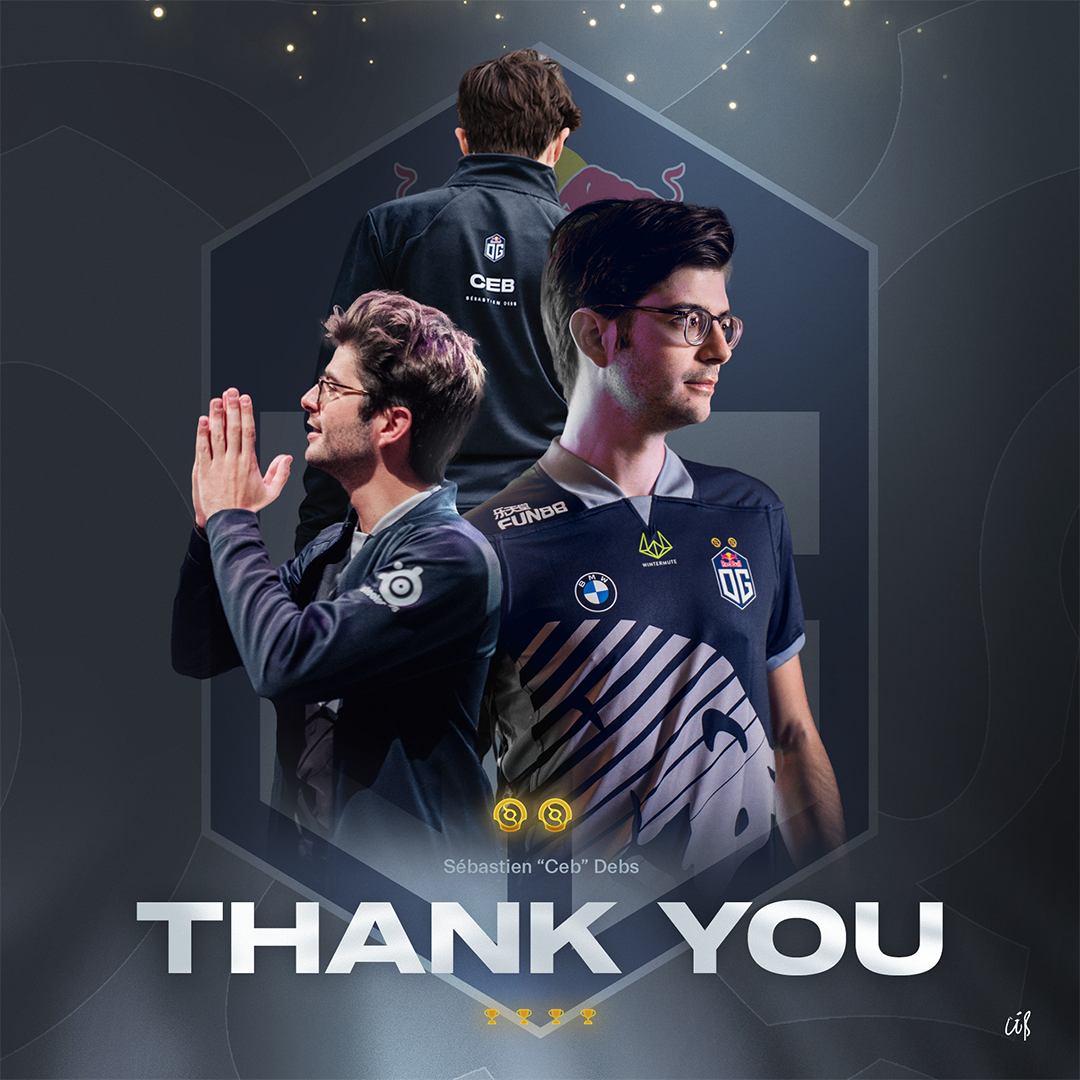