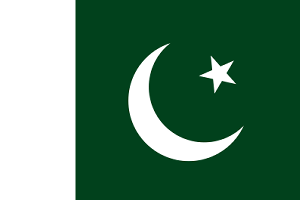 You know, when a whole community calls someone King, it usually means they’re pretty good. Not only is Sumail “SumaiL” Hassan considered one of the best players in the world, he’s also the youngest TI winner there ever was. Coming in at the age of 15, he won The International 2015, which happened to be one of his very first LANS. You know, usual stuff. He also showed the world how heroes such as Storm Spirit and Leshrac were supposed to be played, quickly resulting in him being refered to as one of the most impressive core players there is.

Known for his surgical 1v1 gameplay and his ridiculously superior mechanical skills, he’s a blessing to his team and a curse to his enemies.
We figured such a dude would fit our ranks pretty well.

Sumail spent most of his career with Evil Geniuses, and left the NA powerhouse after The International 2019.
Despite being mostly acclaimed for his midlane gameplay, don’t get mistaken. Sumail doesn’t only have blue tangoes in his dressing room. He switched to the carry position at the start of the 2019-2020 DPC season, and has been killing it ever since.
He completes the new OG roster perfectly, his extremely aggressive playstyle being the perfect fit to match with the rest of the team.